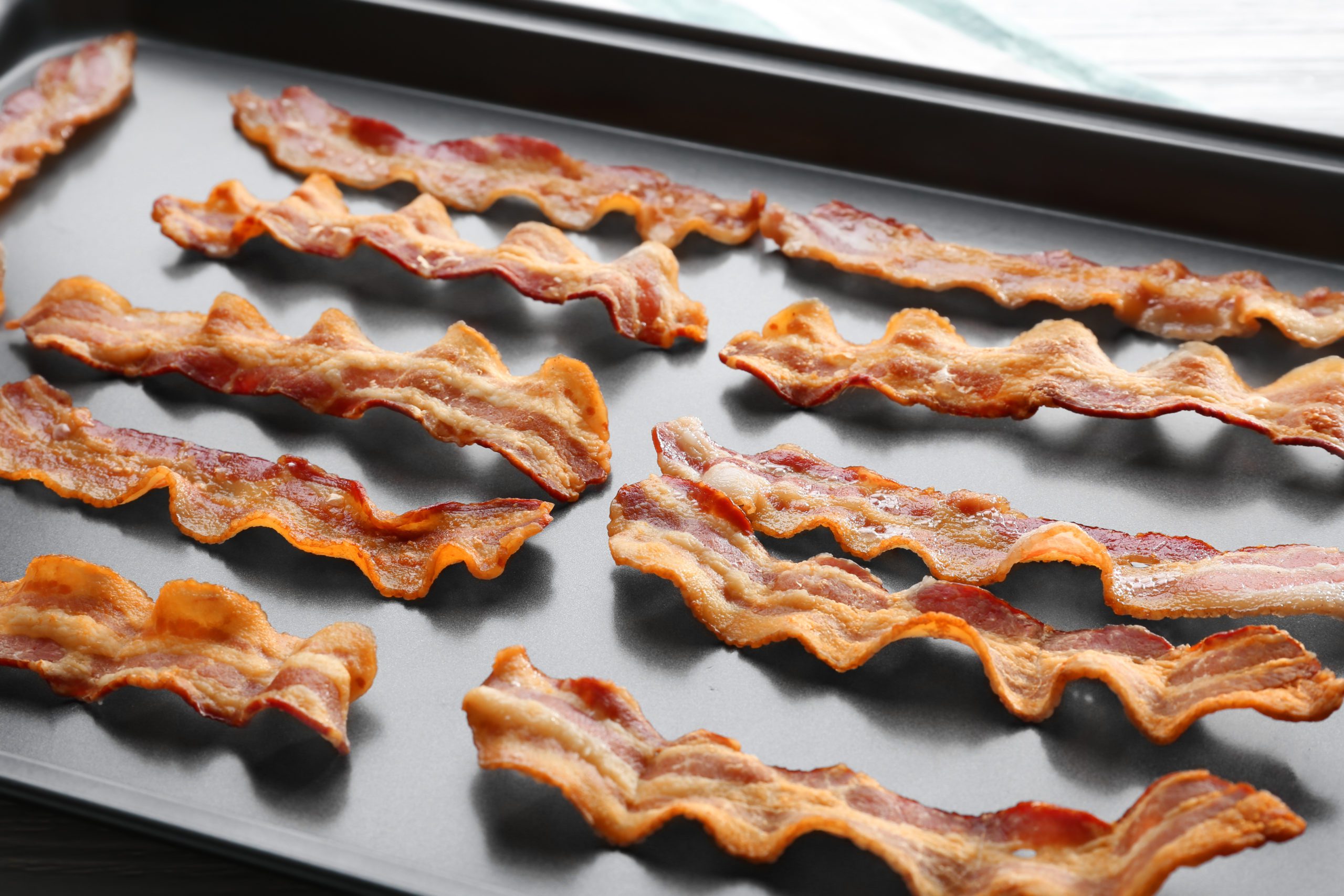 If my count is right (I keep a spreadsheet to help avoid repeats) this is my 96th test kitchen article for the Times Leader, which would sound like a lot to me if I didn’t enjoy cooking — and trying new dishes. This is also almost certainly the easiest one I’ve ever done.

I strongly suspect that, after hamburgers and hot dogs over a Boy Scout campfire, the next raw meat I ever cooked had to be bacon — albeit in a pan, obviously. I’m sure people have been doing it in an oven for a long time, I just either never heard of it or it didn’t sink in. But for some reason I came across the notion recently, probably watching a cooking show or spotting a cooking article, and I thought “Gee, I should try that.”

For non-chefs, this is almost as simple as making toast, except it’s not automatically timed to pop out when ready. And no, under no circumstances should you try to cook bacon in a regular toaster, full stop. There are, however, multiple websites offering advice on how to make bacon in a toaster oven, I doubt I’ll ever do that; it just puts the grease too close to the heating elements for my taste.

Once the idea of baking bacon stuck, I Googled and settled on a delish.com version, though most I looked at had minor differences. Not all suggest putting the bacon on a rack in a rimmed sheet; some suggest just putting in in the rimmed sheet. And at least one said to use parchment paper instead of foil. But the principle is the same.

Bacon in the oven might not make sense if you’re only doing a strip or three, or if you plan to use the bacon grease immediately after, in the same pan. And you really need to use a rimmed sheet, so the grease doesn’t drip.

But otherwise, there’s almost nothing to this, other than picking the type of bacon you want. The bacon comes out nicely cooked on both sides without flipping, and can be cooked to your preference with modest attention to timing. With foil lining the pan, clean up is easy. And if you’re doing bacon for a large crowd, this seems like a great way to go.

The website encourages saving the grease in a mason jar or other glass container and storing in the fridge for other uses such as to cook eggs, roast vegetables and pop popcorn. Mom used to fry bacon and then fry eggs in the same pan, something I never liked that much once I learned you could fry eggs in a little butter (and oil, if you prefer). And we air-pop popcorn. Using it to roast vegetables sounds promising — as long as you’re not serving vegetarians or people who don’t like bacon.

Bacon in the oven (delish.com)

If you like the bacon crispy, put a metal cooking rack inside the baking sheet and place the bacon on that. If you like it a little chewy, put it directly on the foil. Either way, position bacon in a single layer, being sure the slices don’t touch each other to avoid sticking. Place in oven

Bake until it’s the way you like it, which will depend partly on the thickness of the bacon: Start checking it 10-15 minutes after putting it in the oven. It could take up to 20 minutes. Remove and place on paper towel to drain, then enjoy.

Be sure to keep your will or estate plan updated. Here are 3 key reasons why