The following was developed by an independent third party. The advisors mentioned are not affiliated with Raymond James and their opinions are not necessarily those of Raymond James. This material is being provided for information purposes only and is not a complete description, nor is it a recommendation. 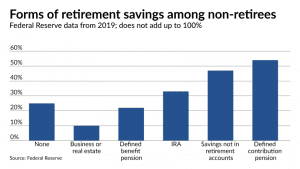 Government regulation may be creating future business opportunities for advisors — although, in some cases, a long way off.

California, Oregon, Illinois and other states are instituting state-mandated automatic IRAs for businesses that do not offer their employees retirement plans. The programs, which are being implemented in stages, have the potential to push millions of Americans into saving for retirement, putting a dent in the nation’s retirement savings crisis.

It may also create both short-term and long-term tailwinds for advisors’ practices. Small business owners may seek out advice on how to handle new state regulations and navigate retirement plan options. And should workers’ savings pile up in the years ahead, they may need professional help to manage their investments.

The programs are still young, but the impact may be huge, especially as more states move to adopt similar measures. About 7 million Californians could be eligible to participate in the state’s program, according to Georgetown University’s McCourt School of Public Policy.

“I think it’s a great program. There’s a lot of potential there to help people,” says Frank Paré, founder of PF Wealth Management in Oakland, California. “At the end of the day, the challenge will remain to what extent financial planners can continue to support the program. It’s those individuals who need financial planners the most.”

The programs currently being implemented are similar in design, but have some differences in requirements and eligibility. Oregon, Illinois and California enroll workers in a Roth IRA at a 5% default contribution rate.

While Oregon will eventually require all employers that do not offer qualified plans to sign up their employees, Illinois’ threshold is employers that have been in business for at least two years and have 25 or more employees.

Under California’s program, employers that do not offer a retirement plan and have more than 100 employees are currently required to register for CalSavers. Registration requirements will tighten in the months and years ahead; employers with 50 or more employees have to register by June 30, 2021 and those with 5 or more employees have to sign up by June 30, 2022, according to the program’s website.

Some California-based advisors have found that their clients who are small business owners need help in sorting out their options.

“The rollout of this plan has acted as a tipping point,” says Nick Pennino, an Edward Jones advisor based in Hermosa Beach.

Pennino, an advisor for 21 years, says he’s received calls from some clients wanting his insights. “Those [small business] owners thrive in whatever their specialty is, and that’s not a 401(k) plan. That’s one of those added responsibilities that gets added on their shoulders,” he says

CalSavers requires employers who do not offer a retirement plan to facilitate employee enrollment, but does not require business owners to take care of tasks such as distributions or investment management. It also doesn’t require employers to match employees’ contributions, which go into a Roth IRA. Still, CalSavers does require some action on employers’ part.

“There will be work there, so they ask ‘How can I get a plan that will benefit me?’ In some instances, they are discovering there are great options,” Pennino says.

For some business owners, that may mean they launch a 401(k) for their company, particularly if they can’t take advantage of a Roth IRA themselves because of income limits. Still, others may prefer the state-mandated IRA program.

“It may be that [advisors] recommend CalSavers in lieu of a 401(k) because the business owner doesn’t want to do a 401(k) or offer a match,” Pare says. “It’s better to have something like this than nothing at all.” 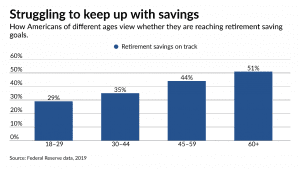 While advisors’ focus is on small business owners, it may be workers who ultimately benefit the most from CalSavers and similar programs. About a quarter of Americans who were still of working age had no retirement savings in 2019, according to Federal Reserve data.

“It’s a huge ticking time bomb and if we don’t do something about it, well, I don’t know what the implications are down the road,” Paré says.

Many Americans (22%) are forced into retirement earlier than they anticipated. The rate is higher for Americans with a higher school degree or less (28%) than for those with a bachelor’s degree (13%). About one-third of those surveyed said their unanticipated retirement was due to health reasons, according to the Fed’s data.

The state IRA programs are still young. Georgetown University’s McCourt School estimates that Oregon, Illinois and California’s programs have just 278,000 accounts and $172 million in assets as of Jan. 31. But as these programs scale up, they may help more lower-income Amerians save for retirement in part because they rely on inertia. Behavioral-finance research has long shown that people typically stick with default contribution percentages when they are automatically opted-in.

CalSavers sets contributions at 5% and the savings rate increases by one percentage point each year until it reaches 8% (unless account owners choose otherwise). The first $1,000 are invested in a money market fund and subsequent contributions are put in a target-date retirement fund based on the employee’s age, though account owners can select a different option.

“The good news about this program is that it’s portable. That gives the employee a lot of flexibility,” Pennino says, noting an additional benefit: workers can easily access funds, should they need to, because the account is a Roth IRA.

Of course, many people most likely to benefit from these programs — lower-income Americans — also belong to the least-likely target client demographic for financial advisors. Account minimums and fees may be a high barrier today for these investors, but that could shift as their new IRAs grow.

“Most people will take the path of least resistance, so they’ll leave the money in that fund,” says Mark Prendergast, director of tax strategies at Inspired Financial in Huntington Beach, California.

State legislatures’ hope is that these new Roth IRAs may turn small sums into tidy nest eggs for retirement. Account owners may find themselves with a better retirement outlook and, perhaps, a need for professional financial advice.

“If we can get this socioeconomic group to save and invest in their Roth IRAs, it may just change their lives,” Prendergast says.

How to Improve Retirement Plans for Teachers and Other Public Servants

SEP-IRA vs. Solo 401(k): Which Is Better for Self-Employed Clients? 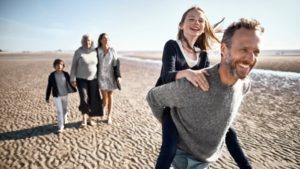 Since our beginning, our business has been people and their financial well-being. In good times and hard times, we stay the course with a conservative approach focused on the long term. Because supporting your goals IS our goal. Today, and always. 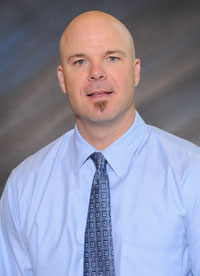